JTT'S TEAM IS AN ALL-STAR CAST

Hand-picked engineers and designers of various disciplines and backgrounds make up the JTT team. Most team members have decades of experience in their fields, and most have worked together on multiple projects. Some have been teammates for 20 years!  The JTT team knows how to work together, and they have the expertise needed to do even the hardest jobs right. 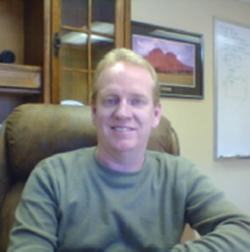 DALE CURTIS
President & Co-founder of JTT
​ Dale Curtis is a recognized expert in product development, R&D management, and innovation.  Before founding JTT, Dale was GM for the IEC division at Intermountain Electronics – a division he founded and grew into a multi-million dollar enterprise. He and his team developed a full catalog of world-class products and set a new standard of excellence in the market.
Prior to this, Dale was VP and then SVP of R&D for many years at Fender Musical Instruments, where he provided leadership and vision to modernize product lines and drastically upgrade the company's technological capabilities. Managing a global team of nearly 100 engineers and designers, he oversaw R&D of hundreds of products, many of which were awarded industry accolades, including several Musical Instrument Product of the Year awards.
He was also an R&D manager at Harman International, where he led teams developing consumer audio products, one of which won the CES Innovation Award. Before this, he spent four years as an aerospace design engineer and engineering manager at Motorola Government Electronics Group.
Dale graduated Magna Cum Laude with a BSEE from the University of Utah, and has completed substantial post-graduate training in technology, business, and project management. He has been awarded well over 20 patents in the aerospace, audio, and energy industries, and has appeared multiple times on the cover of EE Times magazine.
Dale has also been cited by various authors in scholarly books on innovation and product development, and serves as a board member of Utah's State Workforce Development Board. 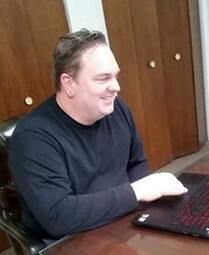 ​  John Curtis is a highly talented and experienced R&D manager and software engineer. With over 20 years in R&D, John is highly experienced in cellular technology, aerospace communications, and several other fields.
He has managed software development teams, as well as multi-disciplined product development teams. John’s projects have routinely been highly challenging, with aggressive technological and schedule challenges, and he has a well earned reputation for meeting or exceeding expectations.
John is tri-lingual; fluent in Spanish, Portuguese and English. He earned a BSEE degree from Brigham Young University.